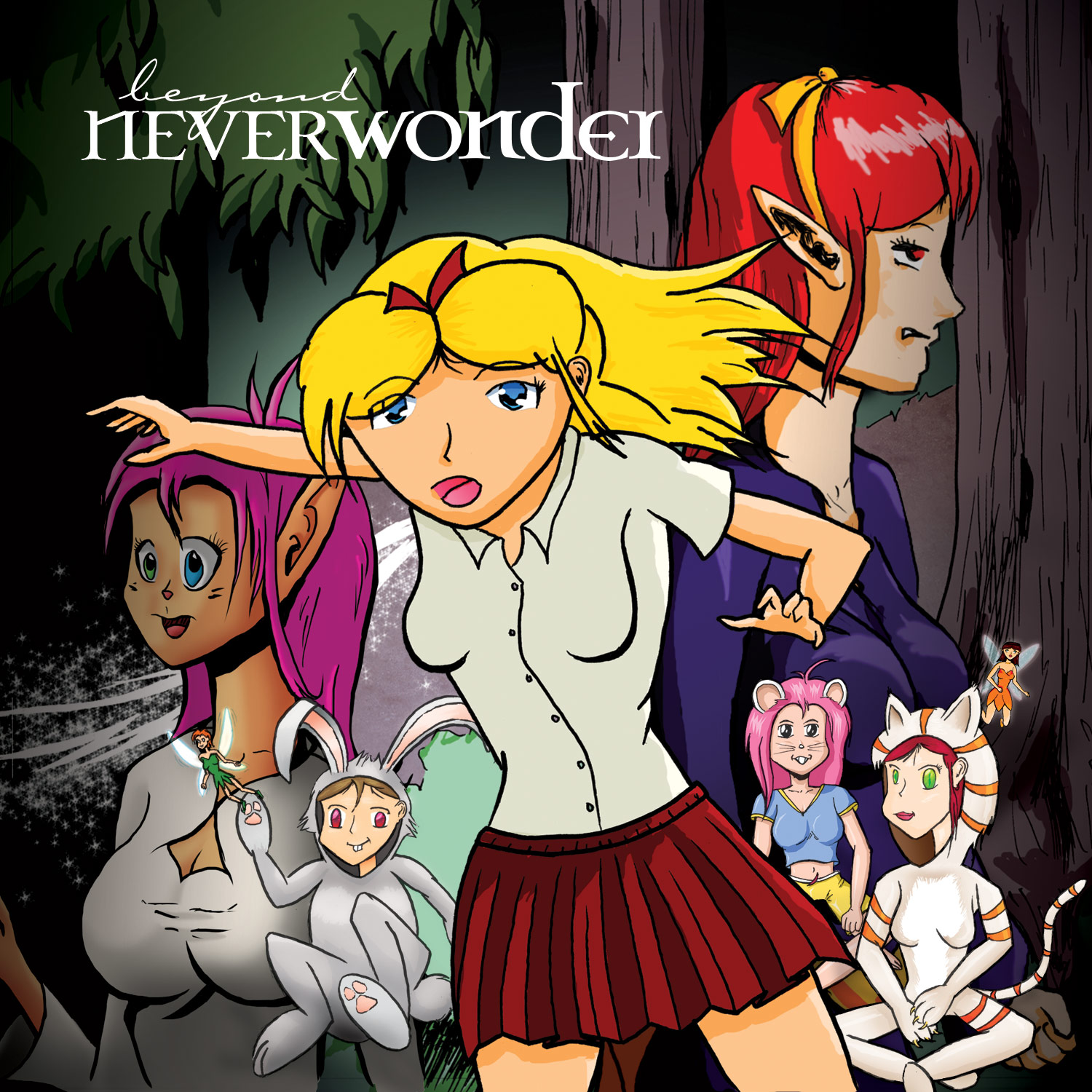 It’s a dream, right? Alice was just moved from her home in America to the foreign world of Tokyo, Japan. At her new high school, she sees a strange opening on the school grounds that no one else seems to notice. She gets a bit too close and ends up in a world where things don’t always reflect reality and the world you see in the mirror may just be the end of all things. It’s Neverland meets Wonderland as worlds collide and Alice may never be the same. But hey, it’s just a dream… Right? Join Alice and her new friends as they battle Beyond Neverwonder. 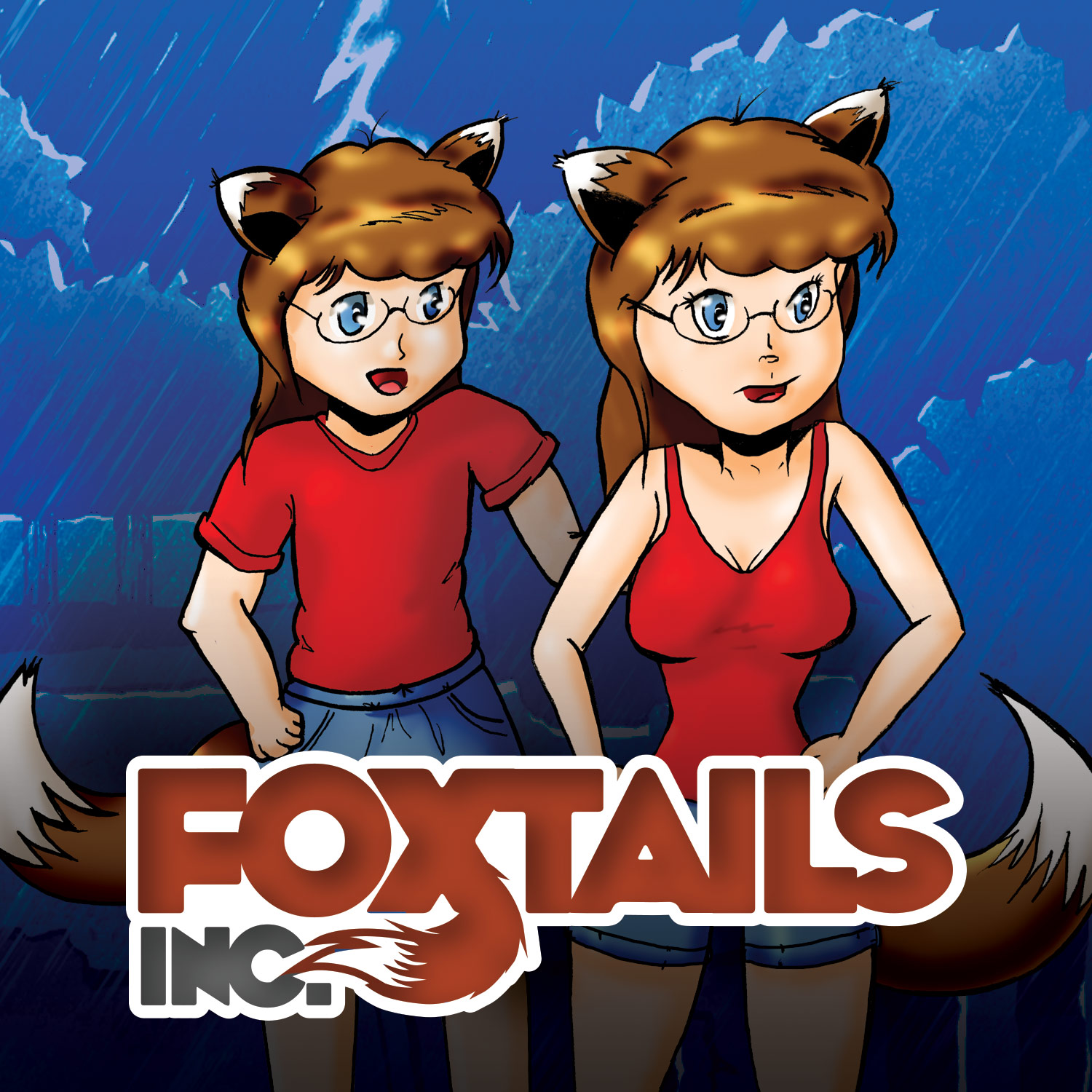 Kit has a secret. And he can’t let it get out. Welcome to Foxtails, Inc. Follow entrepreneurial noobie, Timothy J. Fox, III, T.J. to his family, “Kit” to his friends, as he and his secret supernatural alter ego Kat, try to navigate the craziness of life and try to live up to the expectations of his overly successful family. Then we shake it all up and dump it out onto the page, or the screen, or however you prefer to read comics. We promise, someone will clean up the mess. 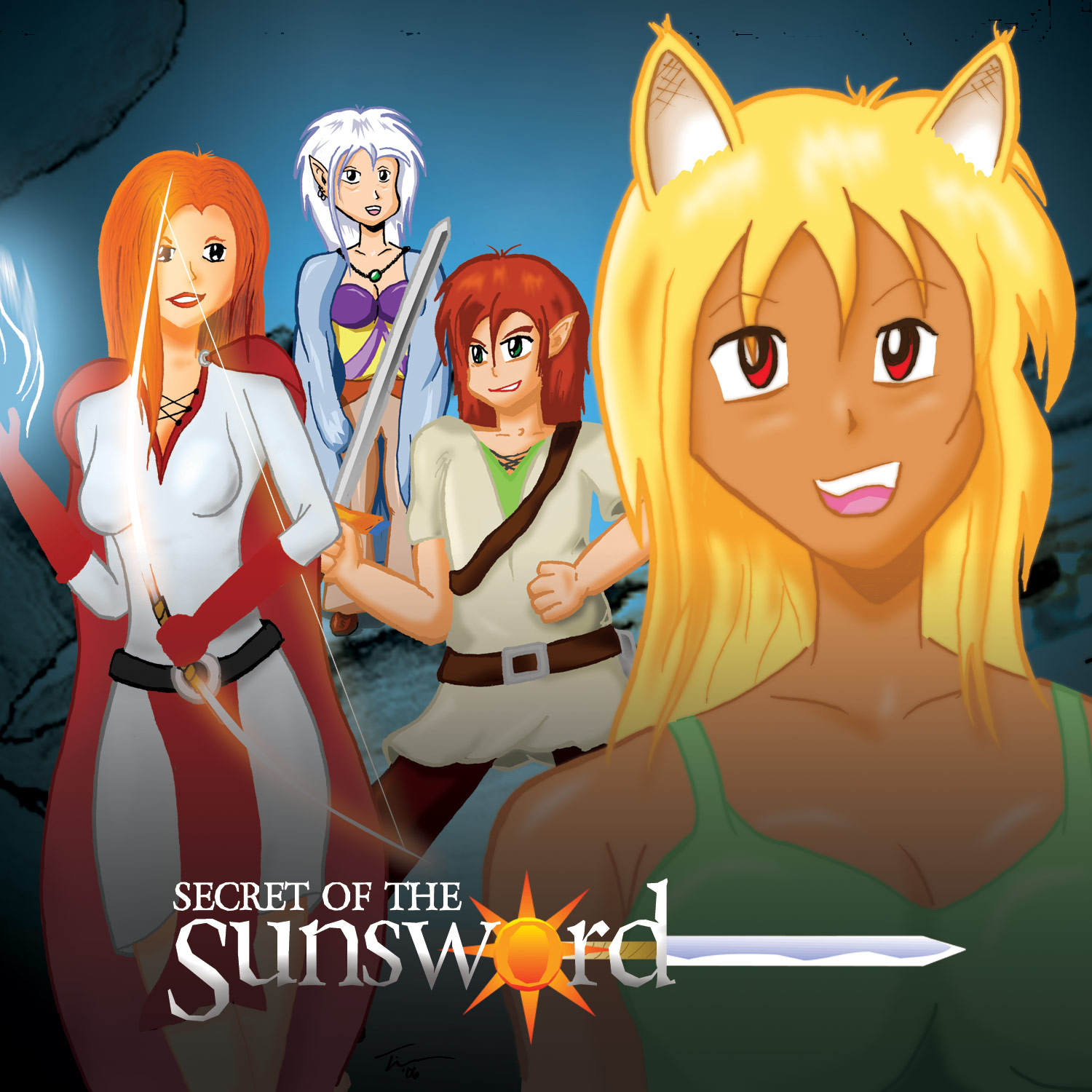 Ka’la has disappeared from the small island kingdom of Hyla. The Moonstone of Power is missing from deep inside the mountains outside east of the Palace. And it’s up to Garin and his new friends to find the remaining artifacts of an ancient race of beings before the evil sorcerer Lorax and his goons can get thier hands on them. At stake: Control of everything. You know, the usual bad guy stuff. The missing piece? The mysterious Sunsword, lost for thousands of years. Can the intrepid crew of heros find the Sunsword and stop Lorax before it’s too late? 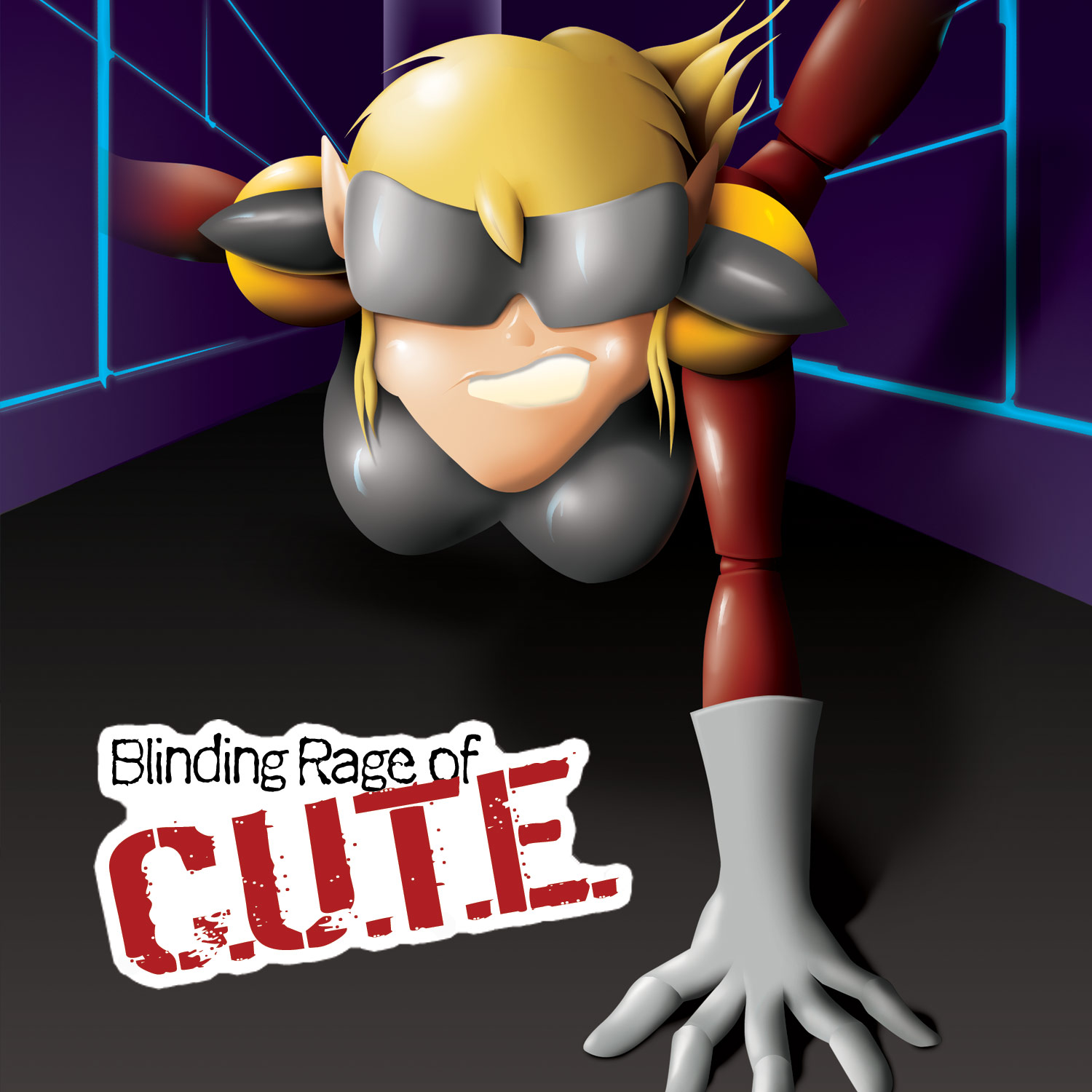 Scientists are working on the secret government project, C.U.T.E., the Cybernetic Unification Transformation Experiment, when something goes wrong…. Alex Hofner is pushed into what looks like an abandoned warehouse, accidentally setting off a machine set for the fifth and final round on an experiment. The results? No, Alex isn’t happy to say the least. Join our group of cybernetically enhanced girls that kick some major butt and one poor guy that happens to be in the wrong place at the wrong time. 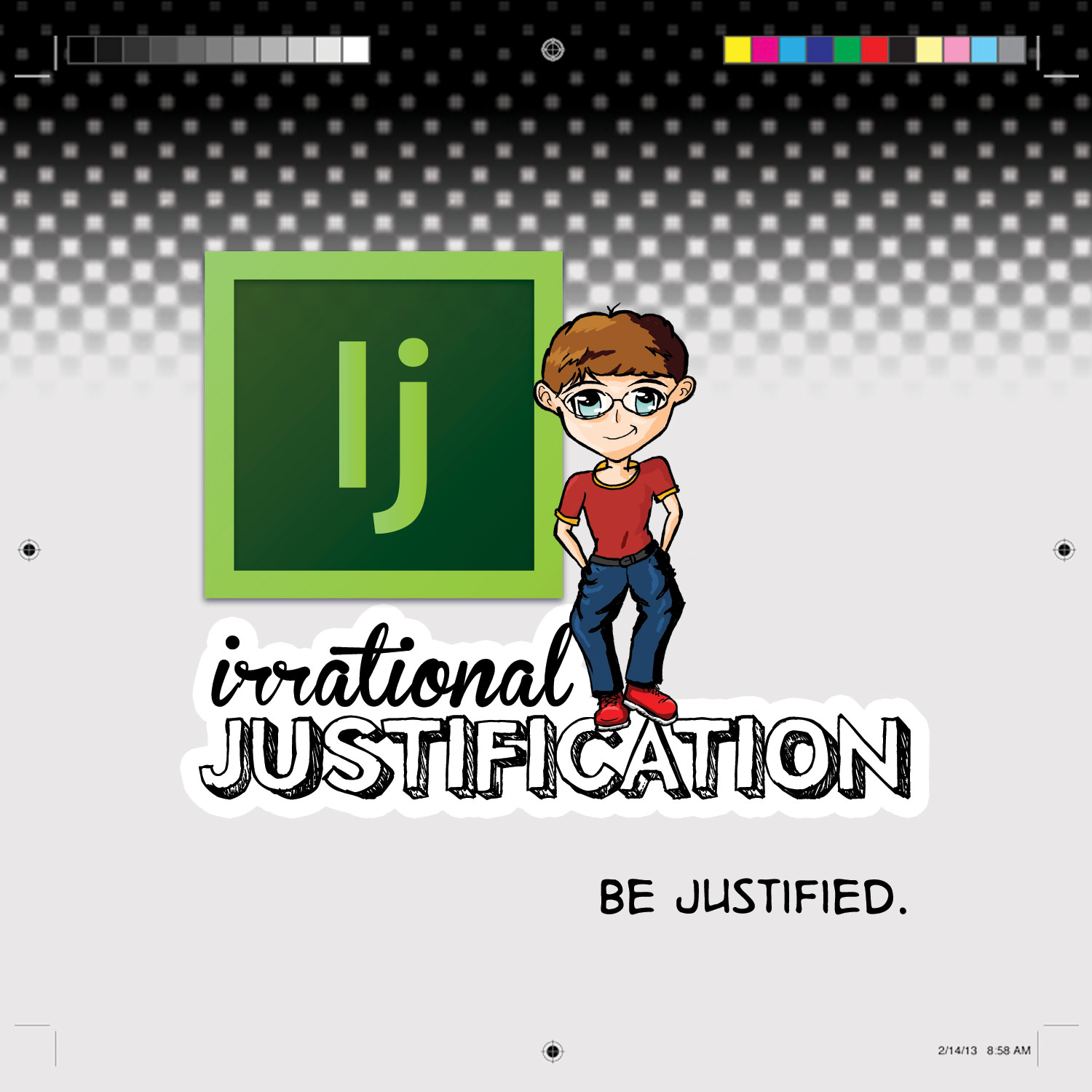 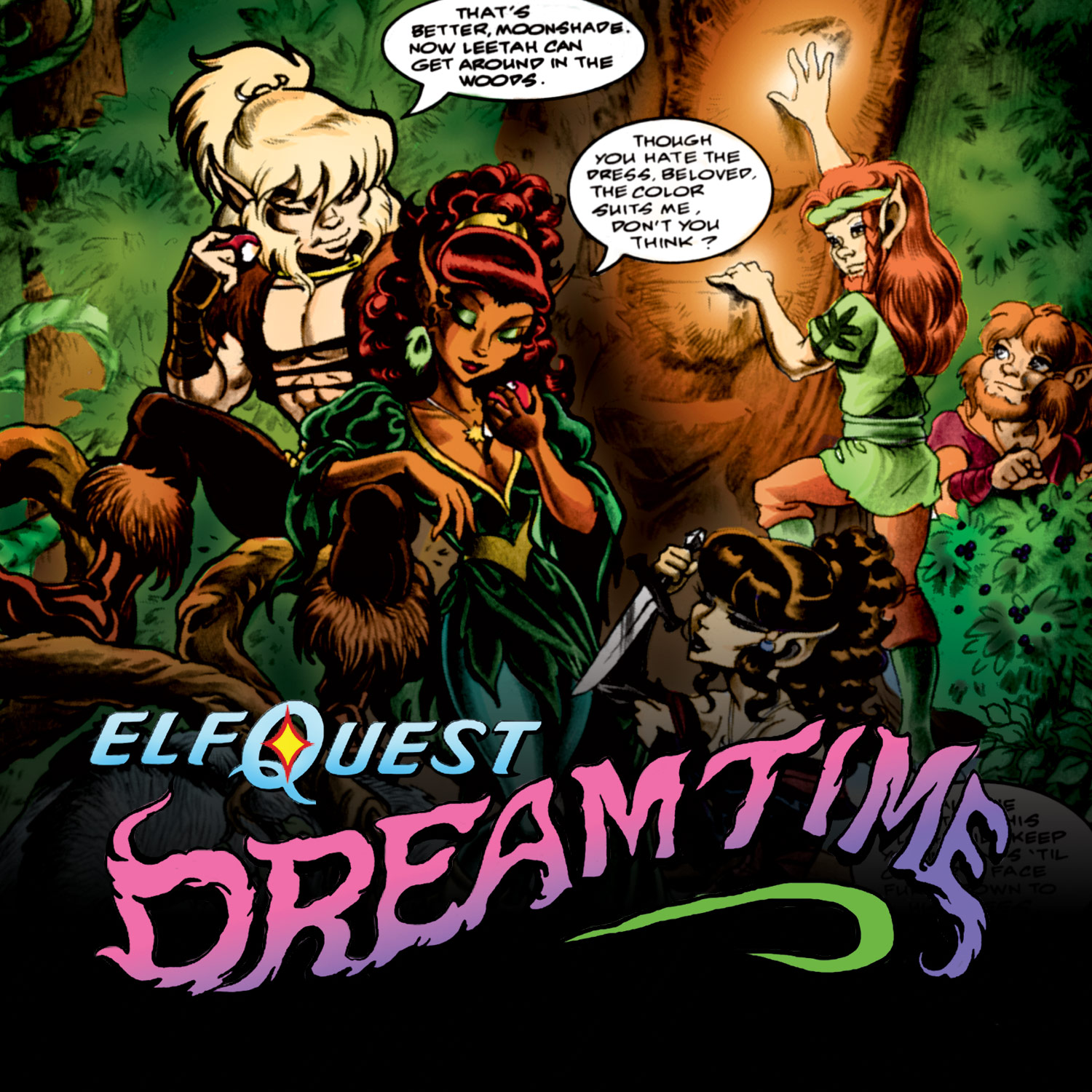 Those of you familiar with Elfquest will understand the concept here. Those that aren’t, check out Elfquest.com. (You can read nearly 40 years of backstory online for FREE! Go there now. I’ll wait.)

Rayek had taken Cutter’s family into the future using the Palace of the High Ones. Not knowing when or if they would return, Cutter and the Wolfriders had themselves put in wrapstuff by the bug-like Preservers, allowing them to sleep through the centuries unitl the Palace returned. Dreamtime is the sharing of the visions and omens experienced by the Wolfriders during their 10,000 year sleep.

My part in all this? I was the colorist for Parts 1-7 which can be found online on Elfquest.com and in several of the print editions published in Europe by Carlsen Comics.